The Centre for International Private Enterprise (CIPE) and the Confederation of Micro, Small and Medium Industries (COSMI) recently exchanged an agreement on an advocacy programme that assists communities affected by large-scale infrastructure projects in Sri Lanka, alongside knowledge partner Verité Research.

Highlighting the importance of the MoU at the ceremony, Mr. Hashim said it would create an important public discourse bringing in bottom-up insight into the impact of many large-scale infrastructure projects.

Ms. Sammoon stated that CIPE's role is to equip its civil society partners, such as COSMI, with knowledge, skills and networks needed to effectively engage in large-scale infrastructure projects and pilot initiatives to encourage the principles of participatory governance.

Mr. Mushin said that Verité Research welcomes the opportunity to share insights and collaborate with CIPE and COSMI on this initiative to enhance public participation in large-scale infrastructure projects.

COSMI is addressing two large-scale infrastructure development projects that are currently being implemented in Anuradhapura and Hambantota districts. The objectives of the project are to ensure that public expenditures on selected large-scale infrastructure projects reflect public interest and reinforce the principles of participatory governance.

COSMI is also a member of the Alliance for Sustainable Infrastructure (ASI) to support Participatory Governance in Large-scale infrastructure projects in Sri Lanka. The initiative is supported by CIPE with technical assistance from Verité Research. Samantha Abeywickrama, Consultant Projects and Foreign Trade, COSMI was elected as the Convener of the Alliance at its inception.

In the Hambantota district, the highway development project has resulted in the economic displacement of the traditional ‘dodol’ making community in Hambanthota while the intervention in Anuradhapura is where farmers face displacement from their traditional farming lands due to the "Wav gam pubuduwa" project.

The aim in case of both communities is to find and settle in suitable alternate markets/lands and to develop and secure markets/ market places to sell their produce and to ensure the legal ownership of their livelihood practices. The rationale behind the selection of the two specific projects is in line with the overall socio-economic context of the respective districts and future development plans envisaged for the two districts.

The project proposes an integrated multi-stakeholder engagement strategy which is the key behind the implementation methodology of the project. It is expected that the project will result in greater community awareness and engagement, transparency in terms of overall resource management, reduce adverse impact on the communities and environment and create a sustainable engagement mechanism for project related matters for the future, COSMI said. 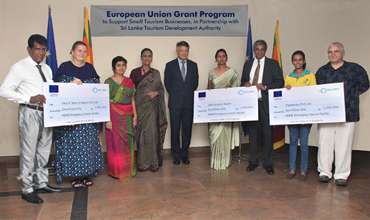 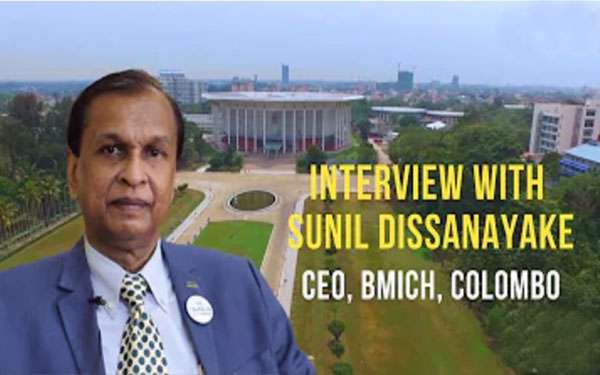