Cryptocurrencies only as good as their underlying economic performance-MTI

MTI Consulting, while welcoming Sri Lanka’s decision to evaluate the feasibility of cryptocurrencies, has cautioned that developing countries should ask “Why?’’ before “How?”.

“Cryptocurrencies are essentially efficient transaction tools. The great focus needs to be on the underlying economic value creation – via responsible production and consumption. Most cryptocurrencies are decentralised networks based on blockchain technology and are not issued by a centralised sovereign authority. Currently, the adoption motivation is based on speculative investment, less on enabling widespread financial inclusion. Therein lies the pitfall to guard against, whilst pursuing the benefits offered by Cryptocurrencies,” said Hilmy Cader, CEO of MTI Consulting in a media release.

MTI highlights the benefits of cryptocurrencies as high transaction speed and low transaction costs due to disintermediation. It’s secured by cryptography and blockchain technology, making it difficult to counterfeit. However, this can also provide a ‘safe heaven’ for illegal activities such as money laundering, tax evasion, and terrorism financing. It’s vulnerable to cyber threats and manipulations by ‘Whales’, i.e., those that hold large amounts with the potential to manipulate currency valuation.

Resulting from their de-monetisation drive, India was able to digitally transform its banking infrastructure.  India has set up the National Payments Corporation of India (NPCI), a consortium of state-backed and private banks, which created a complex network called the Unified Payments Interface (UPI). This permits peer-to-peer transactions in real-time between any bank account within the country. India also launched ‘RuPay’ - a financial transaction system designed to reduce reliance on the likes of Visa and MasterCard. All of these moves have improved financial inclusion, transaction speed, and lowering transaction costs. As a result, the Indian Government is not in hurry to adopt cryptocurrencies at a national level, despite growing adoption among the retail investors.

The release said that El Salvador’s recent attempt to recognise bitcoin as a legal tender provides developing countries an interesting case study, but it’s too small a sample and too short a time to be used as a prescriptive model. Despite the value tumbling 11 percent after adoption, after a month, 46 percent of the population has a bitcoin wallet while only 29 percent has traditional bank accounts. Many South American countries like Panama, Paraguay, Argentina, and Brazil are evaluating the feasibility, but unclear if it will be a sovereign offering or creating an enabling environment for established cryptocurrencies such as Bitcoin. Larger economies like China, Russia, and Turkey are experimenting with Central Bank Digital Currencies (CBDC) – as they offer better stability than other cryptocurrencies and better flexibility than fiat currencies. Interestingly, what is driving Iran’s cryptocurrency adoption are sanctions by the US, hence limited access to International Financial Markets, Mr. Cader added.

MI partners with Sampath ITS 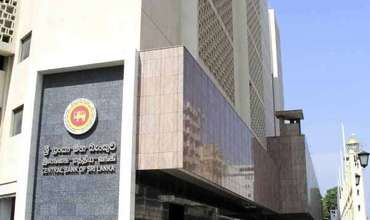