The news last week for Sri Lanka was not good. But there may be some light at the end of the tunnel.

The Covid-19 pandemic out of control; a US$200 million currency swap with Bangladesh; Indian concerns on the security front in light of the Sri Lankan Parliament passing a new legislation for China’s near-complete control in the Special Economic Zone (Port City) project; and to top it all, Sri Lanka facing its worst beach pollution crisis as tonnes of plastic waste from a burning container ship wash ashore.

The Bangladeshi currency swap was most concerning. Bangladesh built its garment industry to be 10 times the size of our own; mainly using expatriate Sri Lankan expertise. In addition, it took on energy projects that Sri Lanka had rejected. Whatever the reason behind Sri Lanka’s rejection of such projects (impact on climate?) the foreign exchange generated by Bangladesh is enabling them to seek foreign exchange swaps amounting to US$500 million (the swap with Sri Lanka is part of this larger scheme).

Meanwhile, Sri Lanka has been struggling to maintain its reserves in the face of a debt repayment schedule. In April 2021, Sri Lanka's foreign reserves stood at US$4.5 billion, about the same amount that Colombo has to settle this year in external loan repayments.

Given this backdrop, was there any good news on a global front that may show a way out for Sri Lanka’s economic woes?

What may not have been reported in the Sri Lankan newspapers was that last week Germany officially recognised for the first time that its colonial forces committed genocide in Namibia in the early 20th century and pledged €1.1 billion (US$1.35 billion) of development aid in atonement. This sort of payment is called ‘Reparations’.

Germany is the second former colonial power admission of responsibility for genocide last week. French President Emmanuel Macron also last week apologised to the people of Rwanda for France’s failure to stop the 1994 atrocities that killed some 800,000 Tutsis and moderate Hutus. Although no aid money was mentioned; significant compensation always follows an apology.

‘Reparation’ is the act or process of making amends for a wrong. Something done or money paid to make amends or compensate for a wrong. Reparations compensation is paid for damages or economic loss, required from a nation responsible for that damage or loss. After World War II, both West Germany and East Germany were obliged to pay war reparations to the Allied governments, which they paid for by ceding land to Poland and the Soviet Union.

‘Reparations’ are being demanded by countries for many reasons. Although many countries are demanding that the USA and England amongst others should pay heavily for profits earned via the slave trade; slavery is not the only issue. Today, with the Greek economy in shambles, Greece is asking Germany for World War 1 (WW1) reparations that could be close to €9 Billion. This will solve the Greek Debt problem!

Although countries such as England, France and Holland provide some aid in developmental, educational and health issues; the view is that these countries can contribute a lot more. Dr Shashi Tharoor, the Indian former Under-Secretary General of the UN, says that the aid given by Britain to India is 0.04% of India’s GDP. The nation itself invests more than the given aid on its fertilizer subsidies, he says. Dr Tharoor’s calculations show that the amount that Britain owes India for both the World Wars comes to several billion pounds. Not a single cent has been repaid todate for that debt, let alone compensation that should be paid for stealing India’s treasures and displaying them in the British Museum and on the Queen’s crown!

So what has all this to do with the appalling events in Sri Lanka last week? It all boils down to money and politics… and China.

France’s apology to Rwanda is a case in point. It still derives much of its international standing from the influence it retains in its former African colonies. However, China is grabbing more business interests in the Ivory Coast, the crown jewel in France’s former colonial empire. In a two-pronged challenge, China financed the construction of a US$30 million Museum of Black Civilisations in Senegal that will house African art that was plundered by European colonial powers and is slowly being restituted. China also opened its first overseas military base in Djibouti and has invested heavily in the nation’s infrastructure including upgrading ports and building a railroad extending into Ethiopia. To counter this Chinese influence, Rwanda found France ready to negotiate a rapprochement, which is expected to attract French investments and strengthen ties with other Francophone countries while reinforcing Rwanda’s policy of diversifying its alliances – a win, win outcome.

It is clear that, rightly or wrongly, China’s influence in Sri Lanka is a major concern to Western powers and to India. It is time for Sri Lanka to bring these global powers to the negotiating table, to attract investment. Claiming reparations is a good start to the negotiations.

First, the relatively easy one. The burning container ship and the resultant pollution crisis. Obviously, specialists in maritime law will need to be involved. The ship on fire is the Singapore-registered MV X-Press Pearl, so who is ultimately responsible will need to be determined. The costs themselves will need to be professionally determined. In addition to the salvage operations that are being led by the Dutch company SMIT, which has sent specialist fire-fighting tugs, management accountants will need to be involved in evaluating the actual and opportunity costs of the thousands of military and security personnel in hazmat suits that are cleaning the beaches of plastic waste and other debris from the ship. The environmental and social costs on the impact on mangroves, lagoons, and marine wildlife in the region, and on the jobs of thousands of fishermen at risk will need to be assessed using contingency and whole-of-life valuation techniques.

The next area for reparations is the Covid-19 pandemic. Who is responsible? Last week the controversial claim that the pandemic might have leaked from a Chinese laboratory – once dismissed by many as a fringe conspiracy theory – has been gaining traction in the Western press. Now, US President Joe Biden has announced an urgent investigation that will look into the theory of the lab as a possible origin of the disease. China flatly rejects this theory. Interestingly, even if the virus accidentally did escape from the Wuhan Institute of Virology, we are now told that the specific research study was funded by the US government, specifically Dr. Anthony Fauci’s National Institute of Allergy and Infectious Diseases (NIAID). Therefore, which government, if any, would be responsible for reparations? Would they comply?

The theory of international law states that compliance comes about when there are rational, self-interested sovereign states. International law can affect state behaviour because states are concerned about the reputational and direct sanctions that follow its violation. A failure to honour an international law commitment hurts a state's reputation because it signals that it is prepared to breach its obligations.

Therefore, it would be difficult and controversial to attempt to prosecute the USA or China (or both) on the allegation that they were responsible for the Covid-19 pandemic; and anyway, it would lead to prolonged court proceedings that would be unlikely to result in them accepting to pay compensation.

Finally, the long-standing one, i.e. reparations for atrocities done and wealth stolen during colonisation by the British.  The Caribbean nations (CARICOM) have a CARICOM Reparations Commission (CRC) asserts that European Governments instructed genocidal actions upon indigenous communities and created the legal, financial, and fiscal policies necessary for the enslavement of Africans. Amongst their many claims is the request for a full formal apology; repatriation; and an indigenous peoples development program. This is still not forthcoming from Britain.

The UK government, in fact, has been far more generous in compensating British companies and families for the loss of the slave trade. The Slave Compensation Commission, which was formed after abolition in the 1830s, awarded thousands of traders a total of £20 million of public money — 40% of the government’s annual budget at the time, with the final payment made in 2015.

As a first step, the South Asian and South-East Asian countries affected by British, and later American colonisation (this includes India and China) should form an organisation to pursue reparations; and take its case to the UN. If successful, this will more than balance Sri Lanka’s budget woes.

Norfund to Invest up to 9.99% in National Development Bank PLC 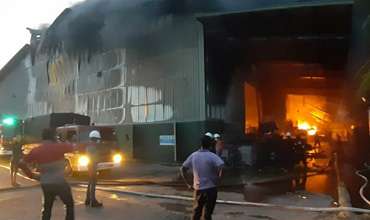 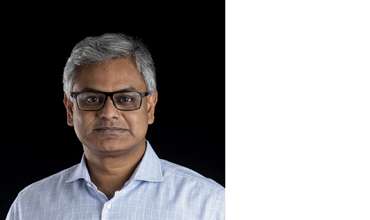