A four year-long research on translocation of birds has revealed that fragmentation of forests would affect birds specializing in certain environmental factors.

The research has unraveled that maintaining forest undergrowth and forest corridors are essential for conservation forest dwelling birds which specialize in certain ecological roles are unable to move between forests even if slight fragmentation occurs.

Mr Dayananada who is also a PhD candidate from Guangxi Key Laboratory of Forest Ecology and Conservation, College of Forestry, Guangxi University pointed out that research the first research on translocation of birds in south Asia and one of the first translocation of forest birds into tea and rubber plantation sites.

He explained that research was carried out by capturing and releasing two types of bird species and seeing how they returned to the capture sites. For the ease of tracking, the birds were radio tagged and were monitored using radio telemetry and field observations.

“Sri Lanka Brown-capped Babbler Pellorneum fuscocapillus an endemic bird which prefers understory of forests as well as Tickell’s Blue Flycatcher Cyornis tickelliae a habitat generalist, were used for the project.” He said.

Mr Dayananda added that the project gave them an insight into the behavioral trends of the forest birds and how man-made alterations in habitats affect birds in the long term.

Therefore, it was revealed that maintaining forest undergrowth and forest corridors are essential for conservation of forest dwelling birds especially outside the protected area network. Along with that the behavioral patterns knowledge over how birds reach their home rangers were learned. 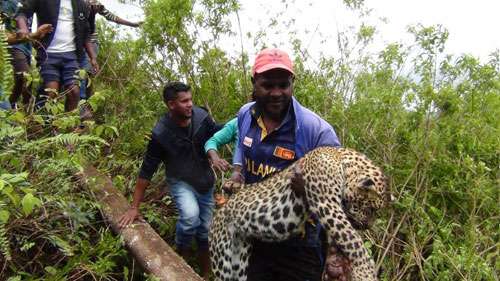 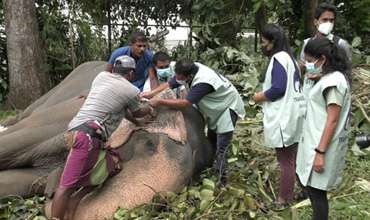