A taste down memory lane with Alerics at EAT STREET CMB

They say taste and smell can take us back in time. If you are yearning for a bygone era, when things were simpler, maybe what you need is an Alerics ice cream. It will help you forget your problems and let you take a taste down memory lane. Alerics is back after a hiatus and soon you will have the opportunity to experience the taste of Ceylon’s first ice cream, at Eat Street Colombo for the first time, the company said in a media release.

The food festival will take place at Green Path Colombo on the 26th and 27th March 2022 from 11 am to 11 pm, and Alerics promises to have some brand-new surprises in store. Some exciting games are also planned, and will include a ‘guess the ice cream flavour’ competition, where winners will get to carry gifts of ice cream back home with them.

“In 1949, when Alerics was launched, it was the first commercial ice cream manufacturing company of independent Sri Lanka. You may have memories of your parents talking about having ice cream with their friends at the Piccadilly. Perhaps as a child, you remember waiting eagerly for the intermission at the cinema anticipating a taste of the famous icy choc, composed of vanilla ice cream centered and encased in a thick layer of chocolate, and wrapped in silver foil. Alerics has not changed the recipe of the legendary icy choc and vows to give you the exact same, more than 30 years later,” the statement said.

While retaining some of its golden oldies, the ice cream manufacturer has ventured out of its comfort zone to explore new possibilities and has launched a range of exciting new flavours that could further mesmerize both the older as well as younger generations. Some of the new flavours include Passion Fruit Pavlova, Rocky Road, Coconut & Jaggery, Mint Choc Chip, Cookie Espresso, Salted Caramel with Honeycomb and many more!

The Alerics range is now available at leading supermarkets including Arpico, Glomark, Laughs, Spar, and Sathosa. It can also be ordered on UberEats and Pickme Foods, in several areas.

This ice cream manufacturer, no doubt, has been spreading happiness since 1949. Why not take a taste down memory lane and relive some happy memories at Eat Street Colombo? Better yet, why not take your kids along and make some new memories too, while you savour some great ice cream.

Remembering Shakespeare – his works live on 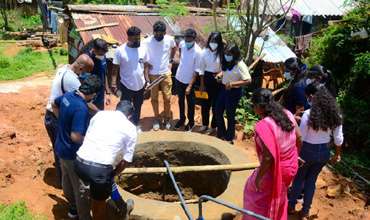 Meet the Need: A hope for the community

A taste down memory lane with Alerics at EAT STREET CMB