Sri Lankan novelist Shehan Karunatilaka’s novel The Seven Moons of Maali Almeida is among the 13 works longlisted for the 2022 Booker Prize.

“Life after death in Sri Lanka: an afterlife noir, with nods to Dante and Buddha and yet unpretentious. Fizzes with energy, imagery and ideas against a broad, surreal vision of the Sri Lankan civil wars. Slyly, angrily comic,” noted the 2022 judges on the novel in a statement. The Seven Moons of Maali Almeida is to be published by independent publisher Sort Of Books next week and was originally published in India in 2020 with the title Chats with the Dead. Shehan Karunatilaka is the second Sri Lankan in two years to be longlisted for the Booker Prize.

In a press release, Sort of Books publisher Nat Jansz (also of Sri Lankan origin) stated: “It’s rare that you read a book that seems so viscerally true to a country and society. Shehan Karunatilaka plunges its readers – with wild wit and verve – into the heart of Sri Lanka’s culture and politics […] This tour-de-force novel comes just as its most needed. We’re delighted at its recognition.”

Five judges chose from 169 submissions to determine the 2022 longlist. This year’s longlist features the youngest and oldest authors ever to be longlisted – 20-year-old Leila Mottley and 87-year-old Alan Garner. The longlist also showcases three debut novelists and a robust presence by independent publishers – eight out of the 13 books are published by independent publishers and small presses.

“The skill with which writers shape and sustain those variously imagined worlds, and allow others to inhabit them, has been our main criterion in proposing this longlist of 13 books. Exceptionally well written and carefully crafted, in whatever genre, they seem to us to exploit and expand what the language can do.  The list that we have selected offers story, fable and parable, fantasy, mystery, meditation and thriller,” said Neil MacGregor, chair of the Booker Prize 2022 judges, in a statement.

The shortlist will be unveiled on September 6 and the winner will be announced on October 17.

In an email interview shortly after the announcement, Shehan spoke of what it means to be on the Booker longlist.

You may have known about the longlist for a while. What was your initial reaction?

Says who? I only knew 24 hours before. At the time, I was walking my five-year-old to class, while my wife sat in a petrol queue. (19 hours spent, 0 litres obtained). It’s been a surreal and stressful few months, so it took a while to process what my publisher and editor, Natania Jansz was saying. Have submitted to a few awards over the years and never heard back. But of course, the Booker’s the big one. Very honoured to join great Sri Lankan writers who’ve been here before me: Romesh Gunesekera, Michael Ondaatje, and Anuk Arudpragasam last year. I celebrated with a packet of cadju and a can of toddy.

This recognition comes at a time where Sri Lankans are dealing with national chaos. Before that, Chats with the Dead came out in 2020, just before the mayhem of the pandemic. For many, it’s a turbulent, precarious time to be engaged in creative work/writing and working on projects for the long haul – I’m unsure how the past years have been for you. What does this longlist mean to you, personally?

I got a lot of writing done during the pandemic. And I suspect I’ll get a lot more done during this catastrophe. As a freelancer, I’ve been working from home for years, though after Covid, every client switched to remote, and there hasn’t been a shortage of work, touch wood. That’s until they teach AI to write copy.

But not having a social life, meant more time to read all the untouched books in the house, and less excuses not to write. If I may do a not-so-humble-brag, I finished this novel, a short story collection (The Birth Lottery – out in October), a screenplay (800: The Murali Story), a docu-series on 1996 with Andrew Fidel (Fernando), and three kids books. And only got Covid once. Not bad no?

Sri Lanka’s short on many things, but not stories. I’m hoping, in years to come, we get lots of novels and plays and songs written by Sri Lankans in petrol queues.

It’s always a thrill to have a book of yours make a list. Was pleased when Chinaman made the Queen’s list earlier this year. But luck and taste plays a major part in all these things. So best to be grateful and not get too carried away. I could roll a six or a zero in the next round.

How does The Seven Moons of Maali Almeida differ from its 2020 version (Chats with the Dead)?

The initial manuscript got a great response from Indian publishers, but seemed to baffle the international ones. Many found the quagmire of Sri Lankan politics in 1989 too hard to follow, and the local mythology perplexing. What began as simple tweaks and edits for clarity, turned into more extensive revisions and rewrites. Penguin India were happy with the book and keen to launch it at the Jaipur Festival, and did so. But Natania and I ended up editing the novel all through the pandemic as our publishing dates kept getting pushed back.

It’s the same story in spirit (ha!), with roughly the same characters, but with a few subplots revised. The new version is perhaps tighter, pacier, more textured and nuanced, and hopefully more accessible to a wider audience. For example, a member of the Rajapaksa clan made a cameo in the last version, but had to be cut out of this one. Art clearly imitating life there. 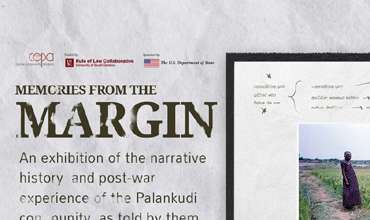 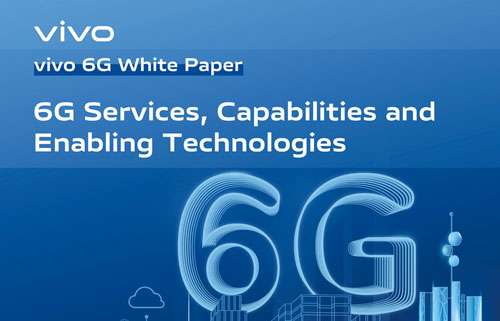 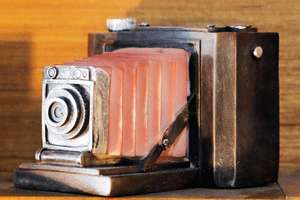