A MI-17 helicopter of the Sri Lanka Air Force was utilized to drop approximately 65,000 seed bombs on the Wattegama Kebilitta Government Forest Reserve in the Siyambalanduwa Divisional Secretariat on Tuesday, Air Force said.

According to Sri Lanka Air Force (SLAF) media sources, this round of seed bombing was carried out under the sixth wave of seed bombing project undertaken by the Air Force in collaboration with the Forest Conservation Department, Faculty of Agriculture at the University of Peradeniya, Central Environment Authority and MAS Capital (Pvt) Ltd.

The seed bombs were dropped covering a 70 acre area of the forest reserve, the SLAF says. It is expected that the seeds have a better chance of germinating and taking root during this monsoon season which has seen heavy downpours in most parts of the country during the past few weeks. 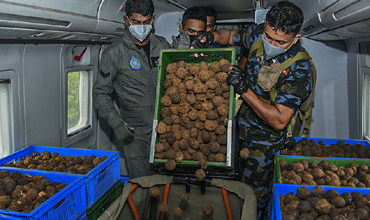 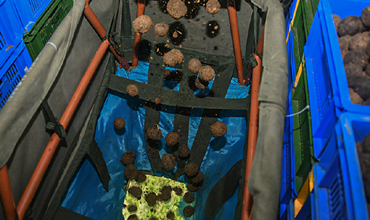 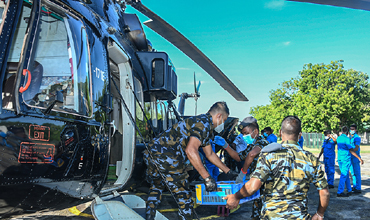 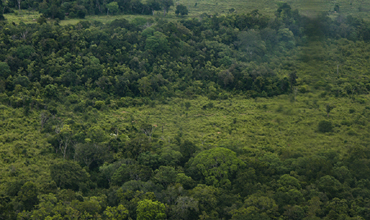