All Ceylon Medical Officers Association staged a protest against the proposed Kotelawala Defence University Bill today (21). Doctors held placards in front of the National Hospital in Colombo demanding the government to abolish the bill alleging that the bill promotes militarising the higher education system. Education and other unions have been holding protests islandwide against the Education Ministry’s move to pass the Bill in Parliament. 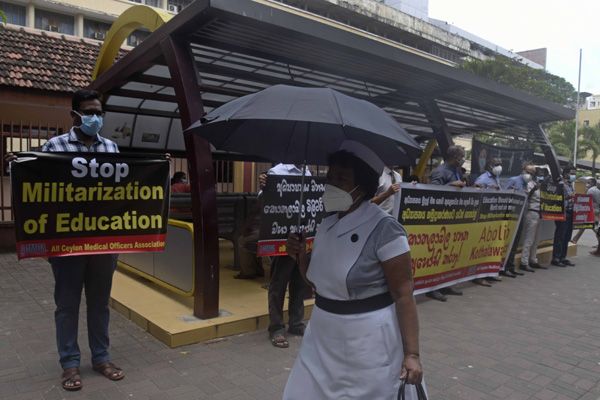 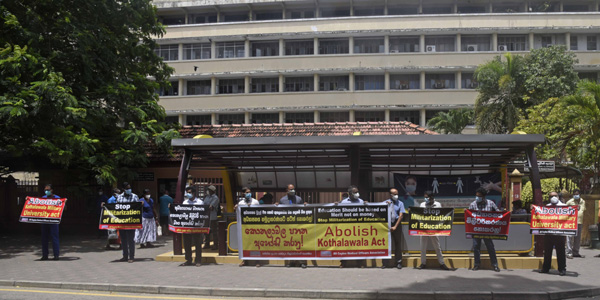 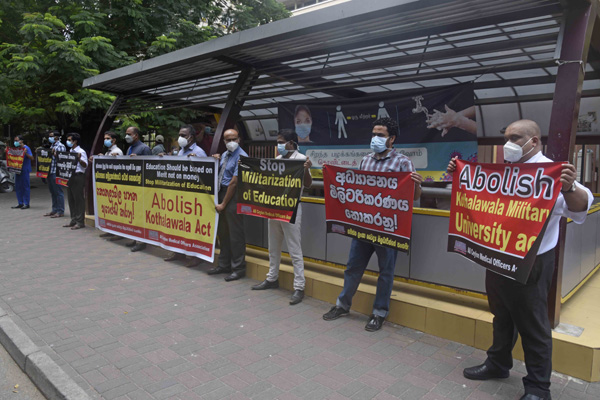 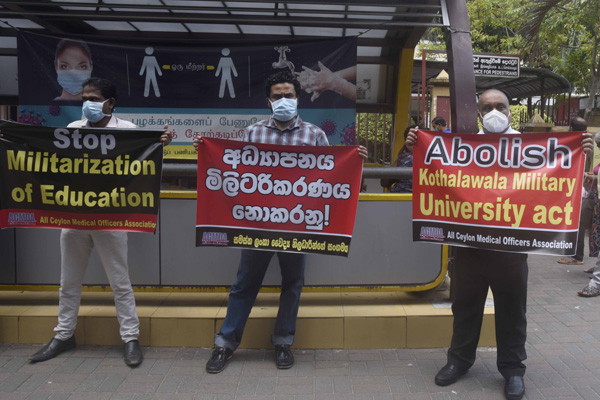 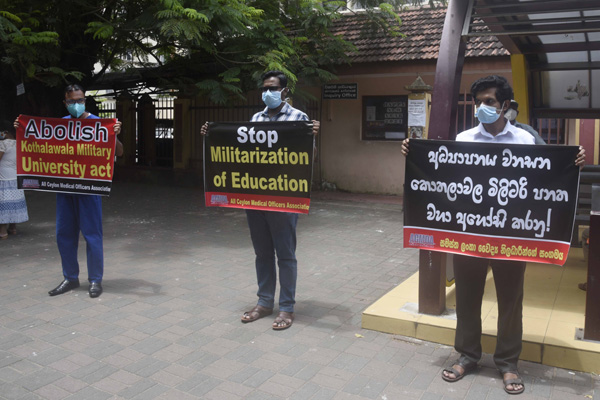