The Navy managed to take hold of over 1175kg of dried turmeric, attempted to be smuggled via sea routes, during separate operations conducted in the sea area of Vankalai, Mannar and beach area of Gurunagar, Jaffna on 19th and 22nd September 2021.

Accordingly, a special search carried out in seas off Vankalai by the Inshore Patrol Craft P 012 attached to SLNS Thammanna in the North Central Naval Command, led to the recovery of a stock of dried turmeric, in the evening hours of 19th September. The stock that weighed about 805kg and 400g (with wet weight) had been immersed in an enclosure set up to catch fish, in 12 sacks.

In another search conducted by SLNS Welusumana in the Northern Naval Command at the beach of Gurunagar on 22nd September, the Navy was able to seize another consignment of turmeric, after inspecting fishing vessels at the beach. The seized stock of turmeric was found from one of the vessels searched for and the consignment that weighed about 369kg and 650g with wet weight had been stuffed in 07 gunny sacks. Along with contraband items, the Navy also held the fishing vessel the turmeric haul was found from.

The operations were conducted in accordance with COVID-19 protocols and the stocks of dried turmeric held during these operations have been kept in naval custody, until they are produced for onward legal proceedings. (Text and pix courtesy www.navy.lk) 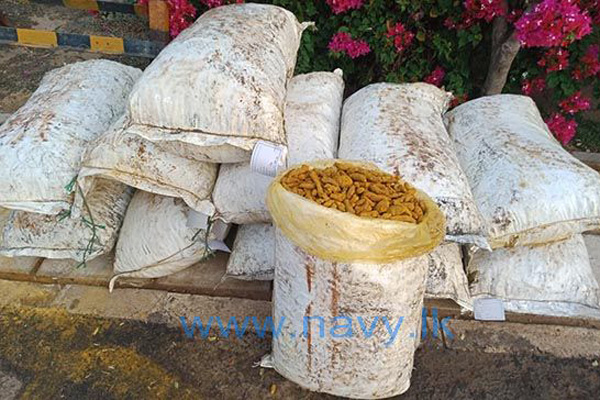 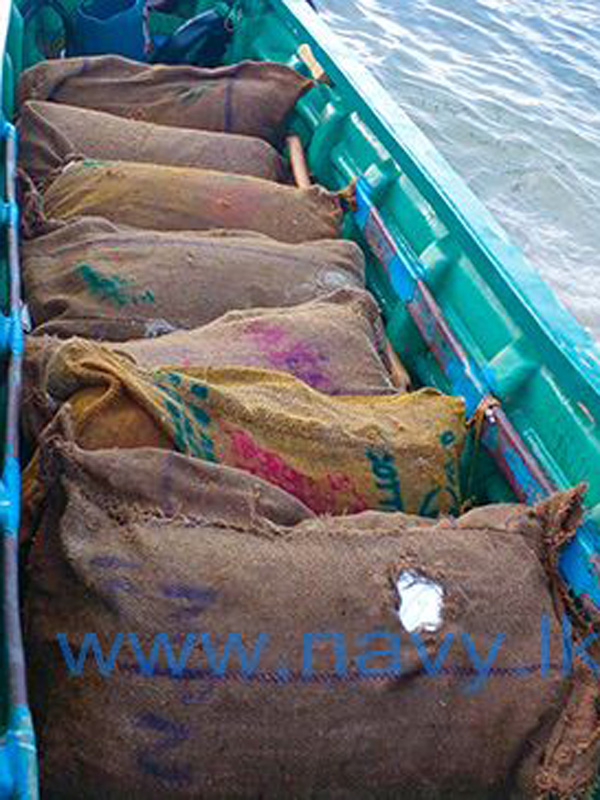