Phase 2 of Kanugahawewa Renovation Project vested in the public

The Kanugahawewa Renovation Project which came to life as a result of the “Gama Samaga Pilisandara” programme conducted by President Gotabaya Rajapaksa at Kanugahawewa Village in Kebithigollewa, Anuradhapura on December 30, 2020 saw the completion of its second phase yesterday (29). This project was taken over by the Commander of the Air Force, Air Marshal SudarshanaPathirana in line with the 70th anniversary of the SLAF which was celebrated this year. The Minister of Youth and Sports, State Minister of Digital Technology and Enterprise Development, Namal Rajapaksa presided over yesterday’s ceremony as the Chief Guest.

The Kanugahawewa Village is home to 314 families and approximately 942 civilians. Based on the needs of those in Kanugahawewa, renovation of the Kanugahawewa Abinawarama Viharaya, Kanugahawewa Primary Vidyalaya, Halmillawetiya Vidyalaya, houses for those who cannot afford to build a house on their own and many other development projects were undertaken by the Sri Lanka Air Force.

Within the second phase which was completed today, an office building for the Kanugahawea Primary School, a Daham Pasel (Sunday School) building for the Abinawarama Viharaya and 12 complete houses for residents of the village were vested in the public by Minister Rajapaksa who attended this event on the invitation of the Commander of the Air Force.

This entire development project was handled by the Directorate of Civil Engineering under the leadership of the Acting Director Civil Engineering, Air Commodore Udula Wijesinghe. Based on the location of the Kanuhagawewa Village, SLAF Base Vavuniya is entrusted with coordinating all matters related to this worthy cause. The SLAF Base at Vavuniya under the leadership of the Base Commander, Group Captain Amal Perera has coordinated matters of the development project, public vesting ceremonies and will continue to do so for all future developments which will continue in the months to come. 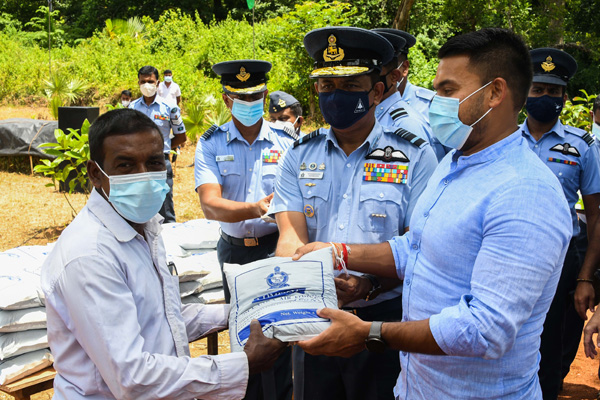 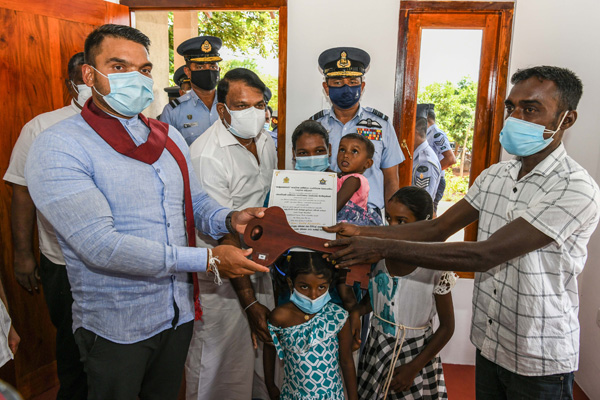 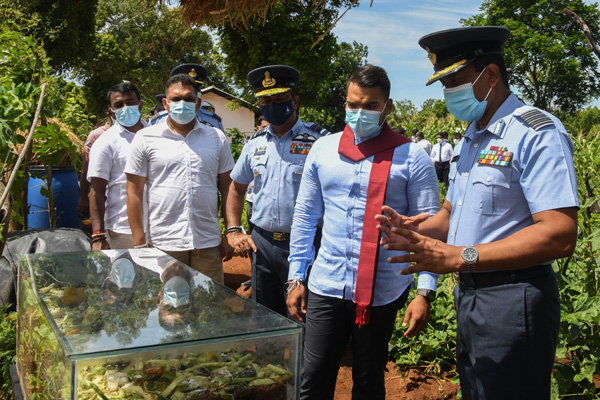 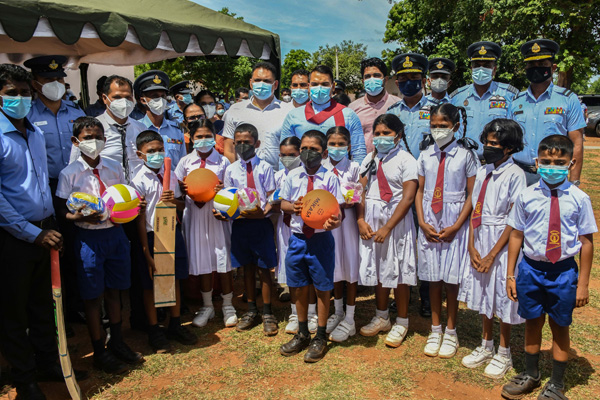