A 22 year old was arrested by the Special Task Force in Jaffna with a stash of 11 forbidden iron swords.

A 22 year old resident of Vadukkotte was consequently arrested with 11 illegal swords and handed over to the Vadukkotte police station for further investigation.

Swords have been used in several criminal activities in the past in Jaffna.

A senior Police officer said that the influence of Indian films also one of the reasons for the increased use of swords in criminal activities in Jaffna.  “This is something we do not observe in the south of the country”, he added. 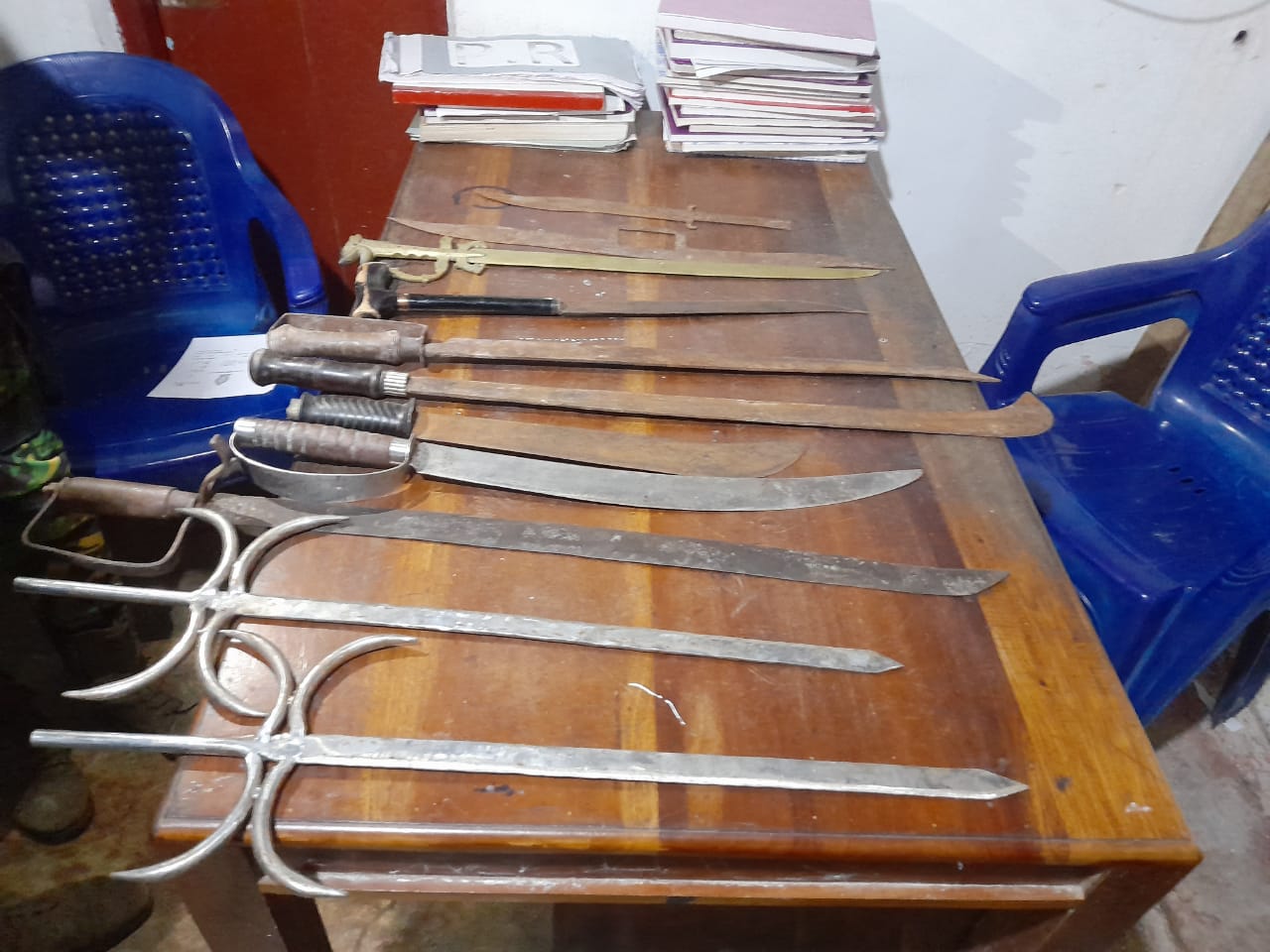 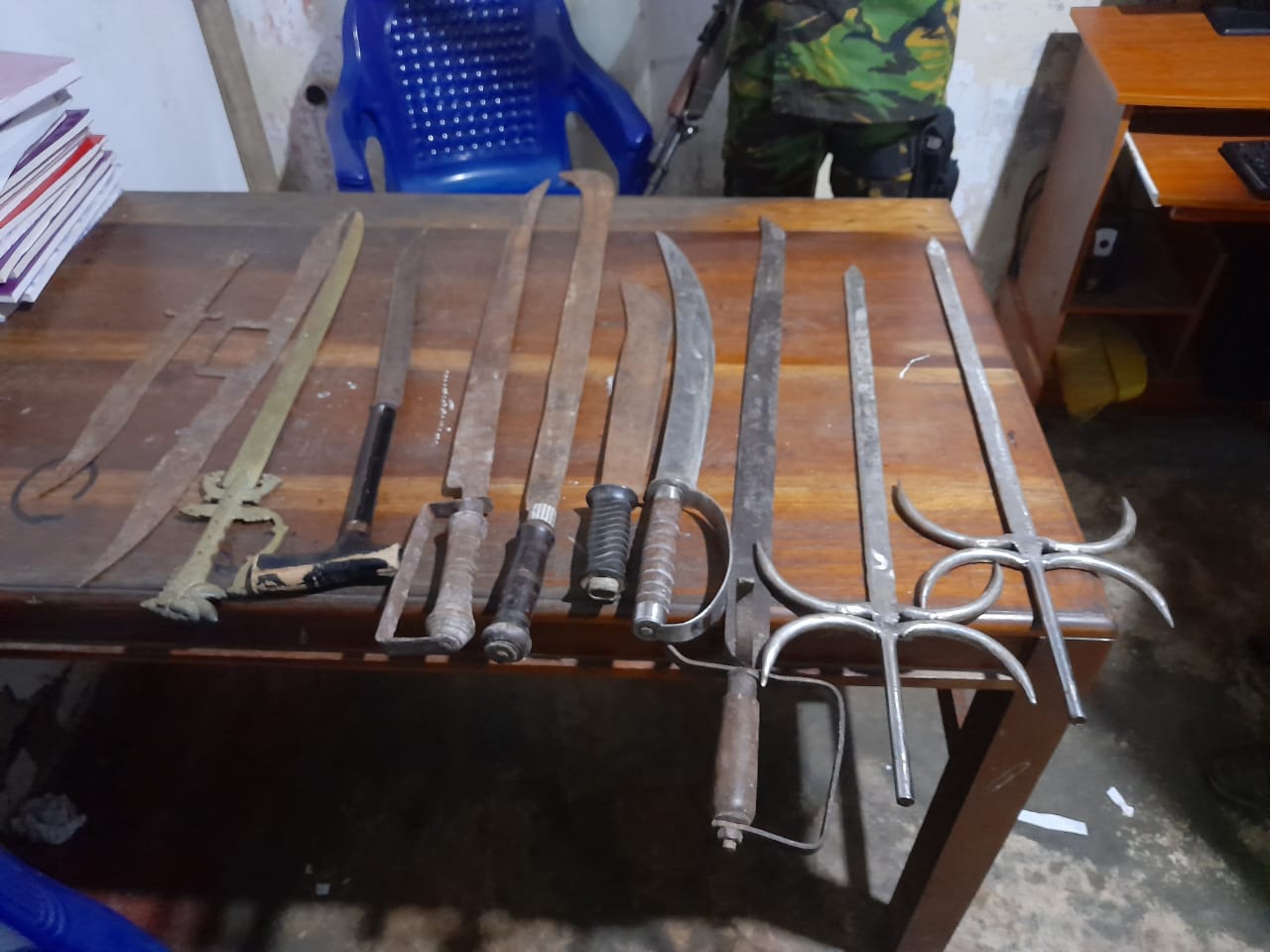