A signature campaign to collect signatures calling to abolish the Prevention of Terrorism Act was held at the Galle Face green with the participation of political parties and the civil society.

They plan to carryout the campaign islandwide.

A heavy police presence was witnessed in the area as the weekly cabinet meeting was in progress at the Presidential Secretarait . However those involved in the signature campaign caused no disruption. 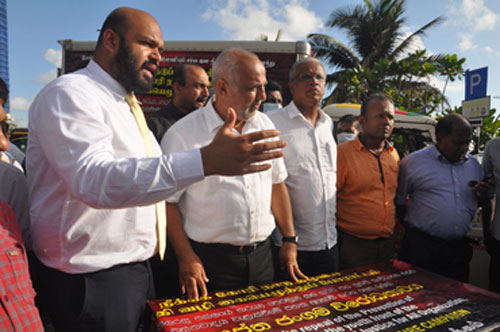 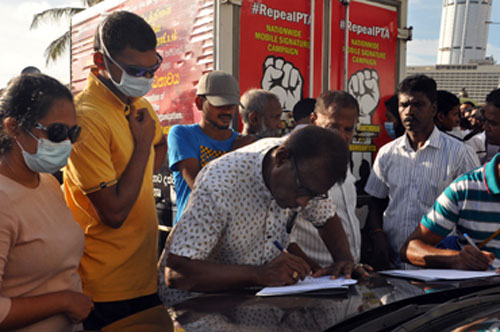 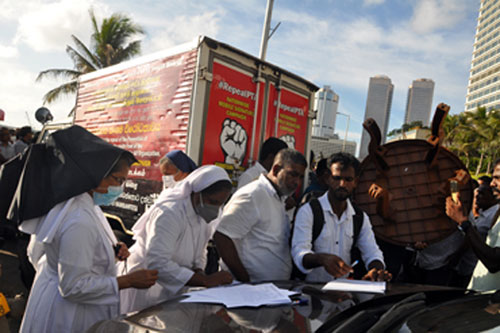 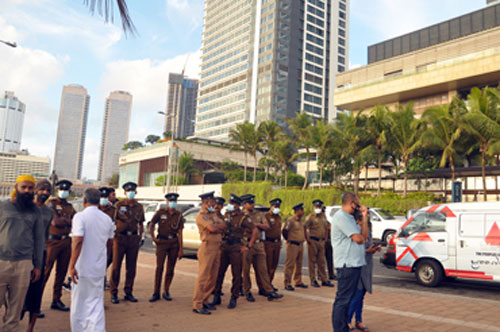