Ms Hulton called on the Prime Minister at the Office of the Prime Minister in Colombo today (4th) and they discussed the current political, social and economic issues in Sri Lanka and close cooperation between the two countries, a press release said.

Ms Hulton said there is potential to attract more British investments in power and energy sector including renewable energy and hydro power. Prime Minister said the Victoria Dam is a symbol of British assistance to Sri Lanka and thank the UK for continuous assistance during the current economic difficulties.

Prime Minister explained the efforts are being made to form an all-party government and the High Commissioner said her country’s expectation is to see the fulfillment of those efforts. She added that if some parties are not willing to join such a unity government, at least they could agree on a National Joint Programme to help the country to get over the current economic difficulties.

British High Commissioner stressed that the democratic right to protest and freedom of expression as well as human rights must be protected. However she said that acts of violence cannot be condoned and such situations were unacceptable.

The Prime Minister explained the plans to hold several international events to commemorate the 75th Anniversary of Independence including a tourism pavilion and an investment forum and requested to promote the participation of the United Kingdom. 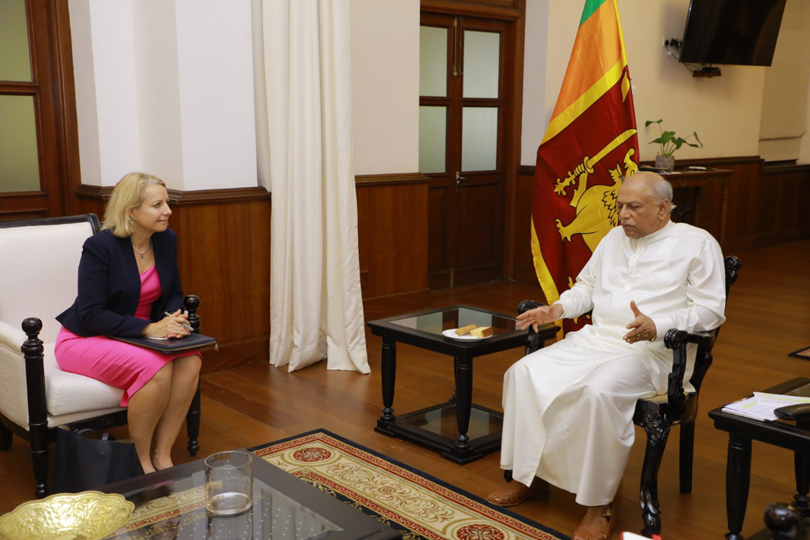 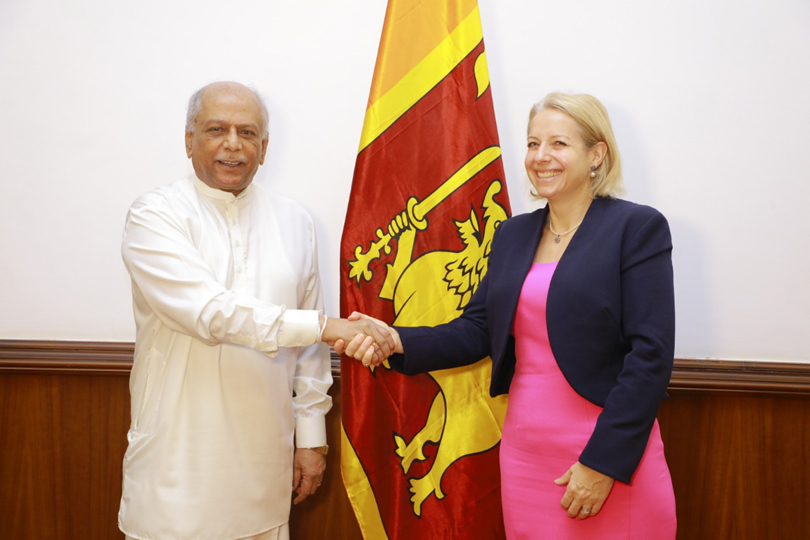