Clash in Kilinochchi between Police and protesters

A clash broke out yesterday between those who were  were demonstrating against the shooting of two Jaffna University students, and the Police near the hospital in Kilinochchi Town.


A protest campaign was staged near Kilinochchi Hospital in relation to the 'Hartal' declared after the death of the two students, who were shot while riding home at night on a motorcycle.

When the Police  attempted to disperse the gathering, some of the protestors charged at the Police and hit a sergeant with a bottle, injuring his face. The Sergeant  sustained injuries and was hospitalized. 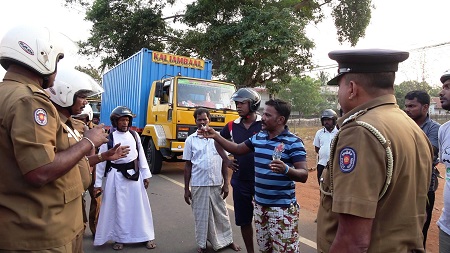 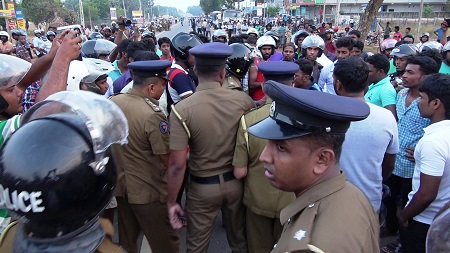 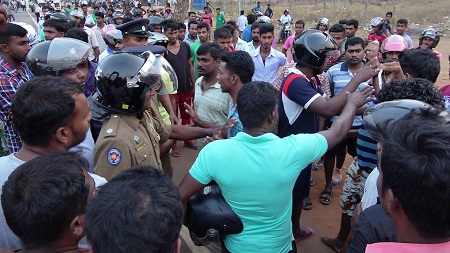