Justice Minister Wijedasa Rajapaksha who met with a delegation led by the leader of the Bodu Bala Sena (BBS) Galagodaatte Gnanasara Thera today said he would be meeting with representatives of Muslim groups at his Ministry Wednesday morning.

During the nearly two hour long meeting held at the parliamentary complex  between the Minister and the delegation headed by the controversial monk, the two sides had discussed how  best to avoid inter racial tension from flaring up.

Gnanasara thero told reporters after the meeting that many misunderstandings have been caused amidst allegations of extremism being levelled at different religious groups and that the best way to prevent further misunderstanding is by way of negotiations. “Settling problems by talks is the best way,” he said.

The BBS leader also said that he was pleased as the Justice Minister has taken the initial step to discuss matters of concern to them which have been largely ignored till now.

Justice Minister Rajapaksa said he had imitated the discussions to listen to the issues that are of concern to the delegation of monks who represented several groups.

He said he would meet with Muslims representatives on Wednesday. 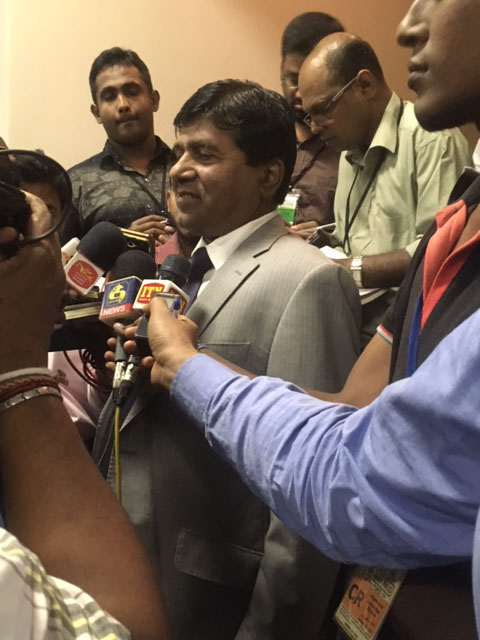