Police have been instructed to investigate reports of an ISIS threats to the US Embassy in Colombo, Prime Minister Ranil Wickremeseinghe told Parliament today.

He said they have been advised to obtain information from the newspapers which reported about the alleged attack as part of the investigation.

The Prime Minister said this in response to a question raised by UNP MP Mijubur Rahuman.

He said that the Government has created an environment for Sinhala and Muslim people to live in harmony. “The aim on extremists is to instigate people and create ethnic disharmony to create instability in the country. Some media too help promoting racism and enmity and hatred among religions” he added. 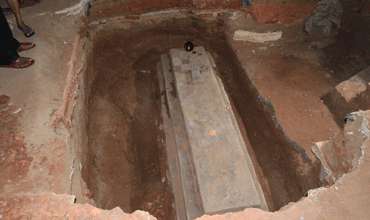 The Department of Archaeology has been notified after the discovery of a tomb believed to be hundreds of years old during construction work being carried out at the Our Lady of Assumption’s Church at Bolawatta, Wennappuwa.