NEW YORK (IDN) — The President of the United States Joseph Biden and Russia’s President Vladimir Putin met on June 16 in Geneva at a time when the two countries are engrossed in an antagonistic confrontation over many issues—historically, the worst ever relations between the two countries.

Even during the rancorous Cold War years, the two countries engaged in many noteworthy projects on global issues, nuclear disarmament, scientific advancements, and to promote foreign investment and trade that were mutually beneficial to both nations.

Relations between the two nuclear superpowers fell into a confrontational abyss since Ukraine’s Maidan and Crimea events in 2014. It worsened this year due to Washington’s allegations of Russian meddling in US elections, cyberattacks on Colonial Pipeline, meat industry, US government Agencies, to name a few. Russia has vehemently denied involvement in any of those activities.

The situation exacerbated when Biden declared that Russia is the "biggest threat" to US security, stated that Putin has no soul, and implied that he is “a killer”.

Those comments spurred a wave of indignation in Russia, and angry remarks poured in from average Russians to members of the Russian Parliament condemning Biden and reminiscing America’s own gross injustices for centuries in and around the world.

Russia’s parliamentary speaker, Vyacheslav Volodin, said: “This is a tantrum that comes from powerlessness, a decline in civility and respect in international relations. Putin is our president, attacking him is an attack on our country”.

Putin himself was more circumspect, citing a childhood mantra that “what you say [about others] is what you are yourself”.

In an interview on June 15, referring to even more rancorous comments, Putin downplayed those as “Hollywood machismo” meant for the domestic audience in the US.

One of my erstwhile Russian diplomats at the United Nations—now a senior member of the Russian Parliament (who wishes to remain anonymous) opined: “We are tired of US’s rants of nasty comments, their Russophobia, and crazy demands to behave. It is time they abdicate their delusional dominant superpower mentality and stop dictating to us what to do”. 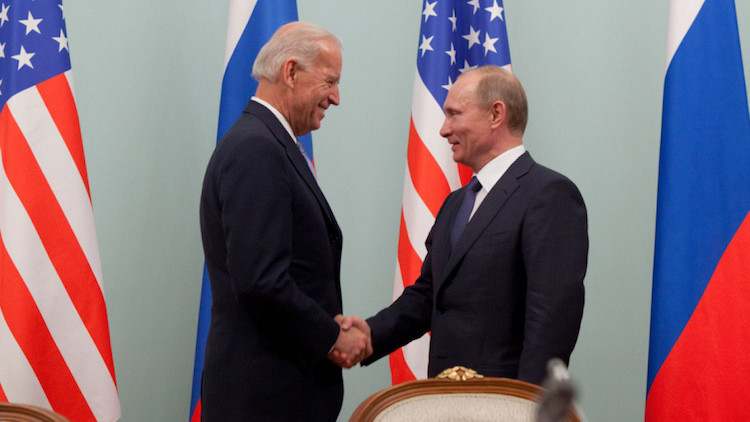 This diatribe between US and Russia reminds me of two kick-boxers on a ring ranting insults at each other before the fight—forgetting that it’s the winner who takes the prize.

It is in this deeply spiteful environment that the summit took place apparently to find common ground and normalize relations between the two countries.

The summit was not a grand slam but considering the diplomatic abyss between US and Russia, it is no doubt a breakthrough.

Both Presidents held solo press conferences after the summit and described the meeting as “pretty straightforward” and “constructive" and referred to the value of personal interaction in foreign policy.

Both parties reached an agreement to return one another's ambassadors to their respective diplomatic postings.

Biden said that he identified areas where the two countries might do “practical work” together and told Putin that the US will “respond” to actions that threaten its interests or those of its allies—but “No threats or ultimatums were made in the meeting”.

Biden said they discussed the next steps in arms control and agreed to launch “a bilateral strategic stability dialogue”. On cybersecurity, Biden gave Putin “a list of 16 specific entities” of critical infrastructure that the US thinks should be off-limits to hackers and agreed to open "consultations" on cyberattacks.

Putin, in his briefing said that the “US and Russia bear a special responsibility for strategic stability in the world, proceeding from the fact that they are the two major nuclear superpowers in terms of nuclear warheads, re-entry vehicles and delivery means, as well as the weapons' quality and up-to-datedness”.

On Arctic claims, Putin stressed that it was Moscow's sovereign right to determine whether or not to allow foreign ships to pass through inland seas in the Arctic or not.

On economic and trade ties between the two, Putin said that everything depends on Washington as it's not the Russian side introducing sanctions and other restrictions. He said the restrictions already imposed have cost the US just as much as they have cost Russia.

Referring to heightened military tensions between Russia and the US and its allies, and Washington's "concerns" about Russia's military activities, Putin said: ”We conduct exercises on our territory in the same way that the United States conducts many exercises on its own territory. But we don't engage in drills by dragging our military equipment and personnel to the state borders of the United States. Unfortunately, our American partners are doing this right at this very moment. Therefore, 'concerns' about this situation should be expressed not by the American side, but by the Russian side”.

On the Ukraine conflict, they agreed that the Minsk agreements be implemented to end the war in Donbas.

Following the summit, Putin and Biden signed a joint statement that states: "We...note that even in periods of tension, the United States and Russia have demonstrated that they are able to make progress in our shared goals of ensuring predictability in the strategic sphere, reducing the risk of armed conflicts and the threat of nuclear war”.

"The recent extension of the New START Treaty exemplifies our commitment to nuclear arms control. Today, we reaffirm the principle that a nuclear war cannot be won and must never be fought”.

"Consistent with these goals, the United States and Russia will embark together on an integrated bilateral Strategic Stability Dialogue in the near future which will be deliberate and robust. Through this Dialogue, we seek to lay the groundwork for future arms control and risk reduction measures" the statement concludes.

On whether the summit had opened the door to a "new stage" in U.S.-Russia relations, Putin said it's "difficult to say," and said "everything to do with the deterioration of our mutual relations was initiated not by us but by the USA”.

The need of the hour is mutual respect and mutual deterrence to ensure that the dialog continues as it happened during the Cold War era.

As an avid observer of Russia’s foreign policy for almost 60 years, I have noticed that the countries that understand the basics of President Putin’s perspective of his foreign policy have better relations with Russia.

Articles 80 to 86 of the 1993 Constitution of the Russian Federation give the President the authority to govern the country’s foreign policy.

Putin is a strong advocate of non-interference into Russian domestic affairs, abhors external pressure, and his non-negotiable conviction that international laws and rules should apply equally in bilateral relations. Above all, he advocates a multi-polar world, and a bigger role of the United Nations to enhance global security.

Since 1999, Putin has pursued three main goals: To preserve the unity of Russia, advance military supremacy, and to restore its status as a global power. He has achieved all this despite a myriad of impediments—including efforts at regime change and relentless Russophobia.

He has reiterated, "We do not want confrontation: we want to engage in dialogue but a dialogue that acknowledges the equality of both parties’ interests”. This could be the premise for the United States to form better relations with Russia.

Path to a predictable relationship

Since the current breakthrough is only the tip of the iceberg, let’s hope that the two world leaders would earnestly strive to develop the camaraderie necessary to normalize US-Russia relations, and endeavour to solve many pressing global issues.

These can be resolved only with the direct, honest and vigorous collaboration of both leaders. Above all, normal relations demand a modicum of respect among the two leaders.

I am confident that Biden and Putin would use their decades of experience and their deep understanding of world affairs to restore predictability and stability to the US-Russia relationship. [IDN-InDepthNews – 17 June 2021]

IDN is the flagship agency of the non-profit International Press Syndicate.

This article is published under the Creative Commons Attribution 4.0 International licence. You are free to share, remix, tweak and build upon it non-commercially. Please give due credit. 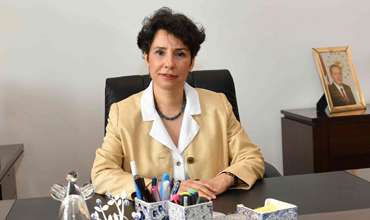 A History of the Department of English University of Kelaniya 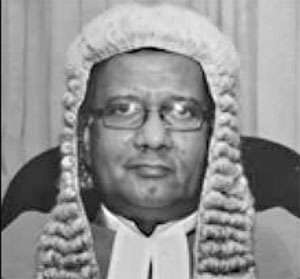 I beg your pardon, the grant of the President’s Pardon 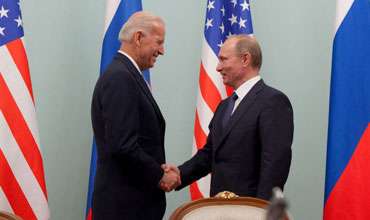