In June 2021, Sri Lankan president Gotabaya Rajapaksa inaugurated the biggest nephrology hospital in South Asia. The $59 million hospital was a gift from China to the people of Sri Lanka, and was built in response to a request from then president Maithripala Sirisena in 2015. The state of the art hospital symbolises how Sri Lanka - China relations have deepened in a variety of spheres, including, across political lines.

Sri Lanka is not alone. Over the last decade, moves like these have indicated a deepening engagement between China and countries in South Asia such as Bangladesh, Maldives, and Nepal. In fact, China’s economic and political footprint has expanded so quickly that many countries, even those with relatively strong state and civil society institutions, have struggled to grapple with the implications. This reflects in China involving itself in domestic political developments in these countries, actively pursuing building people to people relations, and even stepping in to influence how it is portrayed in the media in these countries.

Our project, “China’s Impact on Strategic Regions,” is aimed at understanding the effect of such engagement and is based on a sharing of experiences across national boundaries by dozens of influencers with deep local knowledge. The study found that Chinese engagement leaves a deep impact on the institutions, civil societies, and elites of partner countries. The effect is higher in aspects of state and society that are already under duress.

A critical understanding of the drivers of this engagement, the various forms it has taken, and its impact on South Asian countries has been largely missing from the discourse, which is punctuated by broad-based assumptions such as allegations of debt trap diplomacy. In reality, however, in a multidimensional region like South Asia, each of these relationships – in Bangladesh, Maldives, Nepal, and Sri Lanka are unique.

For China, the late 2000s provided an opportune moment to cultivate the Rajapaksa family as a way to extend influence in an environment where state institutions are comparatively strong. China came in with offers of support as the regime drew international scrutiny for its human rights record. The economy was heavily reliant on short-term external financing, and needed alternative sources of capital, which China was happy to provide. In recent years, China has had many avenues to expand its influence.

However, this has also meant that for every instance of successful partnership, as in the case of the expressway between Colombo and Hambantota, there is an instance of loans from Chinese institutions turning out to be more expensive than those from traditional lenders like the Asian Development Bank; or for every gift of a couple of million doses of the COVID-19 vaccine from China, there is an instance oflegislation such as the Colombo Port City Economic Commission Bill being pushed through parliament despite criticism and widespread opposition.

Significantly, we found that contrary to popular discourse, partner countries such as Sri Lanka wield considerable agency, learning from their experiences and that of others in the region. This is reflected in the rigor to evaluate all available options before accepting Chinese proposals, and, if the government so wants, reject them, as in the case in 2015 when the government suspended several projects initiated by the previous Rajapaksa government, suspecting regulatory lapses.

For all their uniqueness, as developing states, the common and overwhelming motivation for the countries under study is the quest to partner with countries that can help develop their economy, improve their infrastructure, and help their citizens meet their ambitions of a higher standard of living. They will engage the United States, China, or anyone else that can best assist them in realizing these goals.

In this scenario, the challenge for the United States and its partners is to develop a policy that consistently and productively engages South Asian countries on their developmental needs. It follows that such engagement should be based on its own merits, delinked from how the countries choose to engage with China.

The decision at the Quad summit in March 2021 to focus on vaccines, emerging technologies, and climate is a productive step in this direction, as is the Build Back Better World initiative, announced at the June 2021 meeting of G7 leaders. Together with the Blue Dot Network, it has the potential to offer the kind of engagement these states seek.

As countries in South Asia graduate to lower middle-income status, they are likely to require assistance in dealing with a new reality where they are ineligible for much of concessional financing. The United States could use its influence in Western multilateral organizations to ease the transition and help these states develop the capacity to access alternative avenues for assistance.

Beyond state institutions, there is scope for partnership with other organizations. Media outlets and civil society organizations in all four countries have been focusing on questions of good governance – from their regimes’ humanrights records to opacity in Chinese contracting practices. Building their capacity, over time, will lead more stakeholders in these countries to see the dangers of opaque deals and ignoring environmental and other concerns.

This new report has been translated inSinhala, Bangla, andNepaliwith the hope that it helps generate reasoned discussion in these places beyond just the elites – considering Chinese engagement is increasingly a whole of society phenomenon. 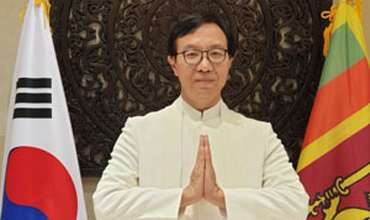 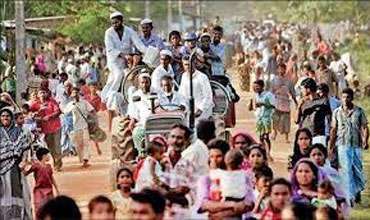 Origins of the Colombo Music Scene – Reflections over 50 Years 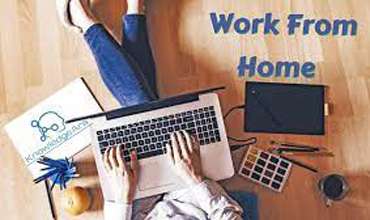 Managing the HR under the New Normal