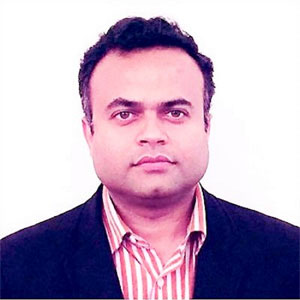 Russian President Vladimir Putin has asserted that future AI leader would rule the world. Whilst the need and possibility to rule the world are debatable, AI can be a game-changer to advance global development goals.

Artificial Intelligence (AI) is influencing all areas of life, changing how we live, work and interact. AI is the current and one of the four most important changes that transformed household lives and businesses in the last two centuries. The next eight years could be the best or worst ever in human history based on the choices we make now with the enormous power offered by AI. The technology can provide development to countries that are on top of the game. However, those without a concrete strategy can be left behind, widening the digital divide between and within the nations. The effectiveness of the current National AI strategy (NAS) will drive future development and role on the global stage. Sri Lanka needs an effective NAS for inclusive growth and avoids being left behind.

NAS is a government-driven strategy to utilise the technology towards national goals and minimising risks. The strategy involves developing research capacity, skilling the workforce, ensuring ethics, and maintaining the competitiveness of their economy. Sri Lanka precisely needs these initiatives to strengthen the ecosystem and attract the right foreign investment. Though its software industry has the potential maturity to adopt AI, it is far behind, primarily because of the deficiency of popularity, research expertise, knowledge, experts, and sponsorships for AI projects. Also, the foreign investment it receives should be towards enhancing production capability, increasing jobs and exports for sustained growth, which isn’t the case now.

The primary reasons that any government should define a comprehensive NAS are to aid economic growth and development, ensure national security, promote the well-being of the citizens, and provide privacy, safety, ethics, and address any bias. Sri Lanka can align the NAS towards its goals in these areas.

The long period of turmoil and civil war had a detrimental effect on production, exports, Foreign Direct Investment inflows and youth unemployment. Though the country witnessed a strong growth rate immediately after the war, recent years saw a decrease. Sri Lanka needs to strengthen the ecosystem, fostering growth in the ailing private sector for sustainability. These factors prompt immediate innovative development solutions for the beautiful island nation, which NAS can prioritise.

There is a looming debt crisis, with the foreign debt reaching 42.6 per cent of GDP in 2019. Foreign loans drove most of the growth in recent years, but the pandemic has shrunk the global economy. Moreover, all three major credit rating agencies downgraded Sri Lanka’s rating making it difficult to acquire new loans. Also, the international UN SDG finance gap per annum rose from USD 2.5 trillion to USD 4.2 trillion during the pandemic, indicating severe funding constraints. To avoid a debt trap and for sustained development, Sri Lanka needs to explore innovative avenues beyond foreign debt.

There could be counter-arguments that foreign debt was consistently high, reached 62% of GDP in 1989 and is not an issue. However, they were concessionary loans with a low-interest rate, repaid over decades and a grace period not burdensome for the country. The current commercial loans are at a much higher interest rate to be fully repaid within five years.

The global AI revenue is expected to grow at 16.4% per year to USD 327.5 billion this year despite the pandemic and slowed down development, reaching USD 554.3 billion by 2024. Sri Lanka’s GDP is USD 84 billion. A mere two per cent market share of global AI revenue can add an impressive eight per cent to the country’s revenues. Increased revenues could also contribute to the country’s critical issue of foreign loan instalment payments of around USD 6.7 billion during 2015 -2020. Moreover, the pandemic severely impacted the twenty per cent export revenue through tourism, making a stronger case for alternative methods.

AI will be used in all sectors, affecting all citizens and all public services. NAS increases the efficiency and accessibility of public services.   For instance, since Estonia’s NAS in 2019, forty-eight live AI solutions are part of #KrattAI, a concept to increase efficiency in public services. Virtual assistants provide personalised services to citizens round the clock, and citizens need not worry about which department to contact as bots have all the information. The X-Road application detects traffic incidents, the ‘Unemployment insurance fund’ matches vacancies with job seekers. These applications can increase efficiency and significantly reduce the time consumed by citizens and government departments.

AI is effective in the agriculture sector in differentiating weeds from crops, forecasting water resources variables and predicting nutrition in the harvest. Findings show that AI is also efficient in water management and assists with decision making. However, the technology also poses challenges like data privacy issues, accountability, job losses, bias, which need to be regulated. NAS can facilitate leveraging benefits and addressing challenges.

The potential of AI has not gone unnoticed internationally; the global race for AI market and leadership is on. Early adopters will reap maximum benefits. Thirty-five countries (including the EU) have published their NASs, with Spain the latest in December 2020 and seventeen others currently developing. The countries that have published aren’t just western, superrich and large. They also include neighbours, countries with less GDP  and less population - India and Bangladesh, neighbours, and fellow members of the 8-country regional organisation SAARC. Countries with lesser GDP than Sri Lanka - Luxembourg, Lithuania, Malta, Estonia, and lesser population Australia, Belgium, Canada, Colombia, the Czech Republic, Portugal, Saudi Arabia, and Sweden have also defined and published their strategy.  The United Arab Emirates (UAE) has gone further and dedicated a state ministry to AI.

There are risks of not having a concrete NAS. AI evolution is rapid, and most governments are only reacting rather than leading. This passive involvement could result in unpredictable outcomes unless actively led, strategised and planned by the governments. The consequences of a few countries dominating AI are far-reaching. The well-established countries in AI will emerge in multiple sectors, their companies leading business and their military services becoming exceptionally strong, creating a race for superior independent weaponry - leading towards extremely dangerous ways of executing war.  Sri Lanka will be at a disadvantage on the economic and military front unless concrete steps are taken now.

The ecosystem in the country has known challenges like inadequate digital infrastructure, digital literacy, digitisation, data availability, research, and skills. Critics might argue that the country cannot leverage on NAS due to these challenges. Conversely, our view is that these challenges reinforce the urgent need for a NAS, focusing on the same challenges and strengthening these areas as the first steps of the strategy.

Though SLASSCOM, the private industry body, took the first step and proposed a draft AI policy framework in 2019 to implement a roadmap within the year, there is little evidence to support any progress. Moreover, the national government should drive a full-fledged National AI Strategy involving key stakeholders, as seen in other countries (like Canada, India) and not private entities for efficacy. NAS involves multiple aspects, including policy, investment, and regulation, that is out of the remit of private entities.

The government should focus on devising NAS now for inclusive growth. If not now, it will be too late. Being elected with a full majority and significant vote share only last year provides a conducive political environment to formulate and implement an effective NAS, thereby putting the nation on a growth trajectory and shaping the nation's future for generations to remember.

(Uday Nagaraju is founder & CEO of AI Policy Labs, a global public policy think tank focusing on AI for Social Good, SDGs, International co-operation on AI and AI Policy and Governance. He is also Co-Founder and Executive President of Global Policy Insights. Based in London, he combines leadership and experience in technology and policy with a deep interest and understanding of emerging technologies and their impact on policy and governance.  @uday_nagaraju is his twitter handle.) 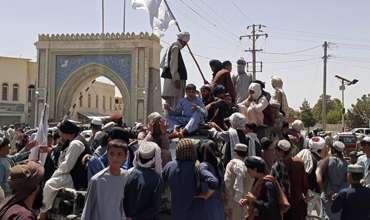 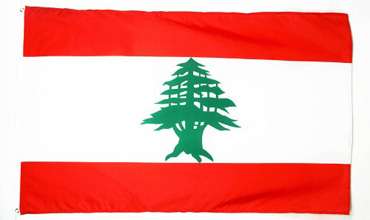 The Collapse of Lebanon–Lessons for Sri Lanka 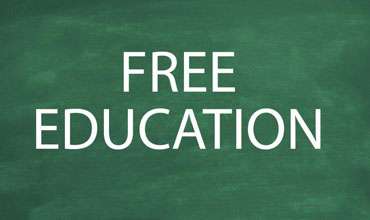 Developing an Inclusive and Authentic education 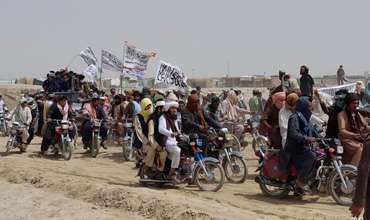 Another side of Afghan crisis : Brigadier (Rtd) Ishrath Zanoosey