A country needs timely, reliable information to implement policy, allocate resources and deliver services, such as education, health, environmental protection, justice and security, to the people. In Sri Lanka, information is collected through the national administrative system (NAS), while different services are delivered to service-specific areas - Education Zones, Medical Officer of Health (MOH) areas and Police Divisions - whose geographical boundaries differ from each other.

An efficient NAS should divide the country into administratively manageable geographical units, to collect  information from, and deliver services to them effectively. For effective administration and service delivery,the size of these units should reflect their population and land characteristics. 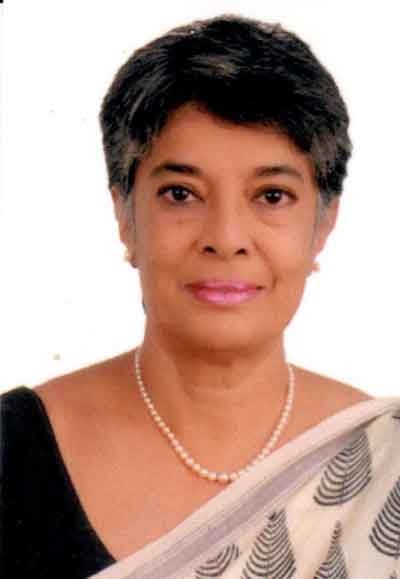 Against this background,this article will discuss why we need to review, and how we can further rationalise, Sri Lanka’s current NAS to identify and address any shortcomingstowards greater efficiency in service delivery to the people.

Sri Lanka’s service delivery to even the smallest hamlet in the country has been made possible by our current national administrative system (NAS). For example, during the ongoing Covid-19 pandemic, Sri Lanka was able to monitor and manage the country situation, including the vaccination programme, because of our long standing Primary Healthcare System.Under this system, Primary Healthcare Inspectors (PHIs), Nurses (PHNs) and Mid-wives (PHMs) are assigned toeach Grama Niladhari Division (GND), Sri Lanka’s smallest administrative unit. PHIs and PHNs, have been monitoring households and communities under their purview in extremely difficult conditions and providing them with information and services to deal with the pandemic. In contrast, early in the pandemic in the USA, which has no such healthcare system, citizens in some areas had no information onwhere to get vaccinated.

The smallest administrative unit in the NAS is a GND. GNDs group into Divisional Secretariats (DSs). DSs combine into administrative districts (Districts), the largest administration units. We use the NAS to collect demographic and environmental information from the smallest units, GNDs. Thereafter, this information can be collated to the required level of aggregation, by DS, District or Province, for efficient resource allocation, policy-making and implementation.

The Grama Niladhari is the public officer responsible for administering each GND.  Currently, Sri Lanka has 14,022 GNDs (Table 1). The 2012 Census of Population and Housing (Census 2012), recorded the average population and land area per GND as 1,457 persons and 4.7 km2, respectively.  However, GND land areas and populations vary significantly across Districts. GND areas range from 516 km2 (Hambantota) to 0.04 km2 (Ampara, Batticaloa), while populations range from 28,003 persons (Colombo) to less than 100 persons (Batticaloa, Jaffna, Killinochchi, Mullaitivu, Polonnaruwa, Trincomalee).

The Divisional Secretary is responsible for administering each DS.  Currently, Sri Lanka has 331 DSs.The average number of GNDs per DS is 42, while the average population and land area per DS are 61,704 persons and 198 km2, respectively. However, GND numbers, land areas and populations within a single DS vary among Districts, from 151 GNDs (Nuwara Eliya) to 5 GNDs (Moneragala), from 323,257 persons (Colombo) to 3,824 persons (Jaffna) and from 1,066 km2 (Moneragala) to 2.48 km2 (Ampara), respectively.

The population size and land area to be administered should be practically manageable for a single Grama Niladhari, Divisional Secretary or official responsible for a service to each GND. As importantly, an inhabitant of any GND/DS/service unit should be able to access their office or service delivery contact point within a time interval that could deal with an emergency.

For example, in urban areas with high population density (>1,500/km2) and easy access, a Grama Niladhari could administer many more households within a very small area,whereas in remote, flat, rural regions with low population density (<100/km2) and easy access, the Grama Niladhari could administer a much larger land area, to address floods, droughts, landslides, deforestation, poaching, etc.) with less households. In mountainous, forested, sparsely populated regions with difficult road access, manageable land area would be less for a GND, with a lower number of households.

As with GNDs, the population size, land area and number of GNDs in any DS should also fall within a range that is practically manageable for a Divisional Secretary to supervise the GNDs in that DS, as well as the geographical area that s/he is responsible for.

On an initiative of the former Delimitation Commission, following a detailed study of the present NAS, a consistent, practical methodology was developed,which addressed the population and land characteristics of each District separately, to determine whether the current numbers and sizes of GNDs within each District required boundary adjustments.Using this methodology,adjustments weremade as required.

Using this methodology, Sri Lanka’s 25 Districts were grouped into 9 broad categories, based on population density, terrain, elevation and the current status of road access.  This provided a basis for a suitable size range of a GND for each category, which varied from 0-1.5 km2 to 15-30 km2(Table 2).

On this basis, the only districts with population density above 1,500/km2, highly urban Colombo and Gampaha, with flat terrain and easy road access, fit into one category (Table 2, Columns 1 and 2).

Another 11 districts ( Ampara, Anuradhapura, Badulla, Batticaloa, Hambantota, Kurunegala, Matale,Polonnaruwa, Puttalam, Ratnapura and Trincomalee) have population densities of between 100 and 400/km2 and difficult road access.Their terrains vary significantly, from Batticaloa, Puttalam and Trincomalee, with flat terrain, to Kurunegala, with some rocky outcrops,to Ampara, Anuradhapura, Hambantota and Polonnaruwa, with some hilly areas, to mountainous Badulla, Matale and Ratnapura. Hence, the proposed methodology divides these 11 districts into 4 distinct categories (Table 2, Column 5).

Using the proposed methodology the current GND system can be rationalised for greater efficiency, where each GND will have a population and land area that is suitable for administration of,and service delivery to,its population density and terrain.

The former Delimitation Commission sent copies of the Report on this methodology to the President and relevant Ministry Secretaryin 2020. It is hoped that this Report will be studied and the methodology implemented,toimprove administration and service delivery across the country. Thereafter, further modifications and improvements can be made, as needed.

(From November 2015 to December 2020, the author was a member of the 3-member Delimitation Commission, one of 9 Independent Commissions appointed by the President under the 19th Amendment to the Constitution. She was also on the Delimitation Committee for Provincial Councils Elections appointed by the President in October 2017, which completed its task within its 4-month mandate. She retired as Assistant Governor from the Central Bank of Sri Lanka in 2007.) 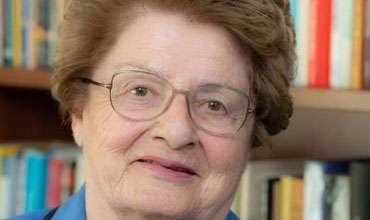 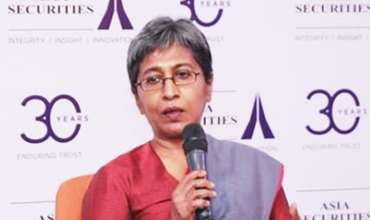